While Ski City is well known as the home of the Best Snow on Earth, we’re also known to have a strong film and cultural arts scene. Few people know that the majority of Sundance screenings occur in Salt Lake, and to add to that, film crews swarm the Wasatch Mountains all winter to capture pro skier and boarders doing their thing, so Salt Lake is steeped in cinema graphic buzz. So, it’s no surprise that a contingent of outdoor-loving film makers are hosting the 3rd Annual Wasatch Film Festival here in Ski City from Monday, June 19th to Saturday, June 24th. 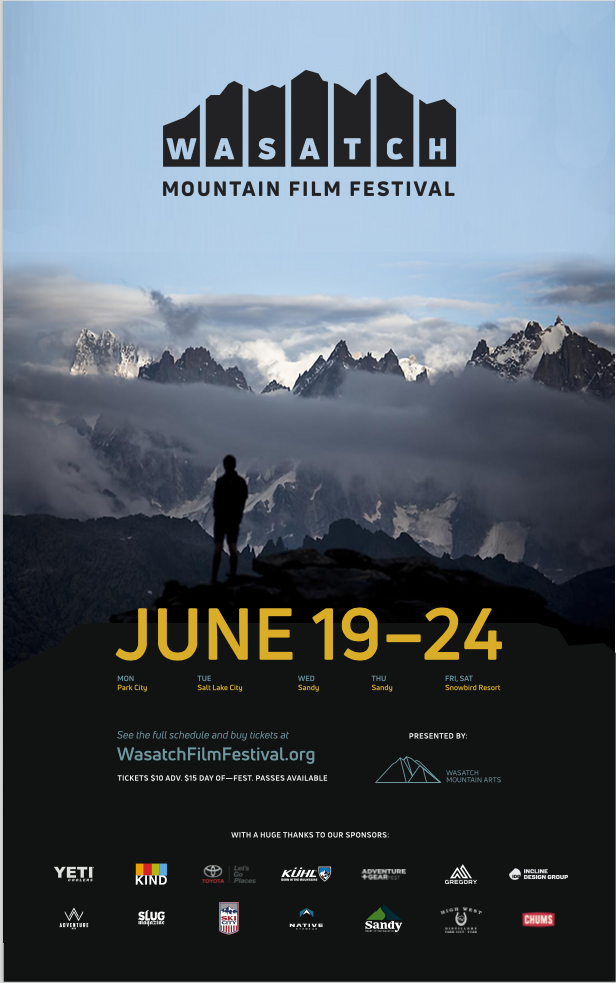 Films run the gamut from ski, to climb, to lifestyle—all depicting the Wasatch culture. Event venues are spread across Ski City from Snowbird to downtown Salt Lake, to Sandy, and the Festival will be celebrated throughout the City over 6 days. Don’t miss your chance to see some great films, celebrate the mountain culture, and party with friends.